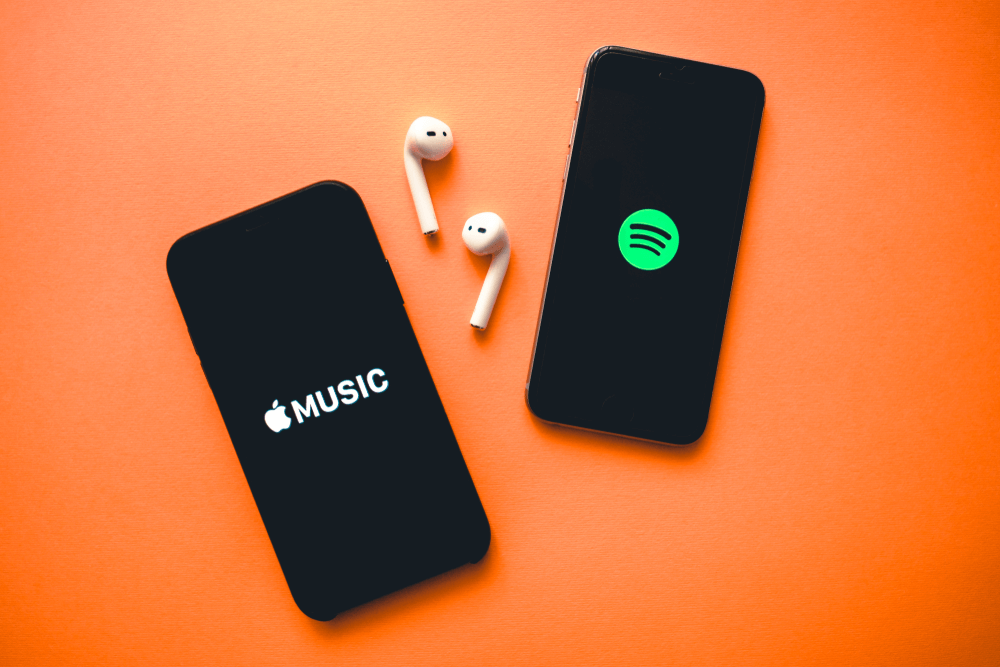 Sometime in the 21st century, compact disks, like their vinyl brethren before them, went the way of the dinosaurs. Replaced by music streaming services, the average consumer could now listen to whatever he/she wished without having to rifle through a CD binder.

Apple Music and Spotify took centre stage in the battle for music streaming supremacy. Each boasting considerable catalogues of music, both services began garnering die-hard fans who vehemently opposed the other. Yet as the arguments rage on, one camp clearly appears to be coming out ahead. Of course, there are certain factors to consider when tallying up the points in each column. Sound quality, the library of music, and device compatibility - these facets all point towards Apple Music being the superior service.

When comparing pros and cons amongst music streaming services, we surely can’t neglect sound quality as a defining point. Side by side, Apple Music streams high-resolution music at no additional cost - we’re talking audio clarity of up to 24-bit/192kHz streaming, and Spatial Audio through Dolby Atmos. In layman terms, this lossless compression heavily supersedes Spotify’s highest setting of up to 320kpbs bitrate. This difference is even more evident when paired with dynamic head-tracking devices such as the 3rd generation AirPods, current AirPods Pro and AirPods Max.

Whether you’re an audiophile or just a novice who wants music on the go, this difference plays a huge part as to why Apple Music is superior to Spotify. Although Spotify announced their answer to high-fidelity music streaming in the form of Spotify HiFi, earlier in February 2021, there has been no further updates which leave a big red cross under Spotify’s column for ‘cons’.

With 75 million songs, Apple Music trumps Spotify’s 70 million collections by a solid margin. Invariably, users of both services will be spoiled for choice, and the extended catalogue only really plays a part when it comes to exclusive platform-only deals. For example, Apple Music often pairs up with artists like Drake and Taylor Swift for early content releases and provides access to many on-demand radio shows across the board.

In response, Spotify’s focus is a lot more centred on podcasts and other audio content. Diversifying its content library, Spotify goes off the beaten path by offering exclusive big-name podcasters such as Joe Rogan on its platform. Unlike Apple Music which stays true to its name, Spotify’s catalogue is a lot more varied as the service doubles down on a more assorted approach. Ultimately, the catalogue on both music streaming services is available cross-platform, with Apple allowing users to merge their respective iTunes libraries with Apple Music, and Spotify granting cross-play across all devices that can run the application.

3. Compatibility With Other Apple Devices

Another point to take into account is how each streaming service fits into the ecosystem of technology. Apple Music, birthed from the Cupertino based tech giant, fits squarely within the Apple ecosystem. Whether it is on an iPhone or Macbook, Apple Music integrates seamlessly across the board without any need for additional configuration. Extending beyond handheld devices, Apple Music can also be voice-controlled on the HomePod, integrating it deeper into the Smart Home template. Paired with Siri, Apple Music becomes a force to be reckoned with due to its synergy with Apple devices.

In direct contrast outside of the Apple ecosystem, Spotify thrives with its ability to meld with a suite of Android and non-iOS devices. Even on consoles such as the Playstation, Spotify has sat comfortably on the Playstation Store since 2015. This is in stark contrast to Apple Music which only came to the forefront later in 2021. Considering that Android devices make up more than three-quarters of the global mobile operating system market, Spotify is not without its perks after all.

Regardless of Apple Music, Spotify, or Tidal - the demands from consumer to consumer fluctuate based on personal preference and it is key to consider the aforementioned points before committing to an annual subscription.