All About Apple's New Release This March 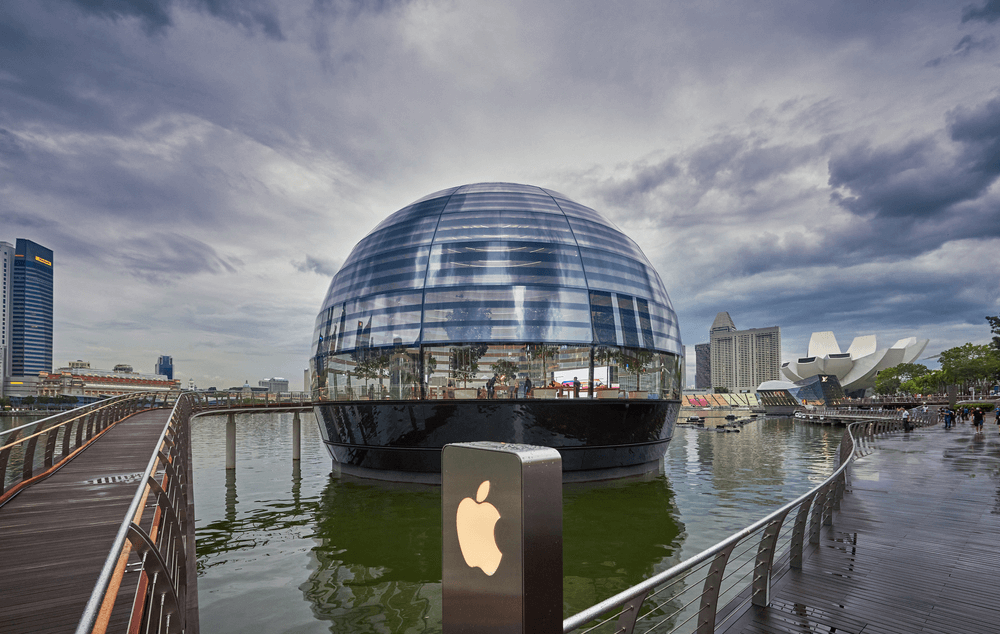 Every year, like clockwork, Apple has three major events that signal the unveiling of new products - the Spring event, Apple Worldwide Developers Conference (WWDC), and the September iPhone keynote. Each event centred around a different theme, fans and critics of the tech giant alike usually wait with bated breath to see the suite of next-generation Apple products announced.

Although not a textbook rule per se, Apple’s Spring events tend to see the Cupertino-based company release updates and refreshes to current product lines. Conversely, the keynote in the later half of the year brings more excitement with new iPhone launches that boast innovative and bold promises. Putting aside all the fanfare and hype, there is a list of products we think Apple might drop that we would absolutely adore.

The Mac Mini, with its latest iteration being the 5th generation Apple Silicon, hasn’t received much love from Apple despite being a cult favourite.  Announced in 2020, the Apple Silicon Mac Mini was widely considered to be a value-for-money entry-level workhorse. Powered by Apple’s M1 chip, the 2020 Mac Mini had an eight-core CPU that was versatile and reliable, making it a safe bet for anyone who needed the computing power of an iMac in a more portable form.

Fast forward two years and those specs on the 2020 Mac Mini no longer stack up as efficiently against current offerings. In Spring later this year, we fully expect Apple to launch a high-end version of the Mac Mini featuring the current line of M1 Pro and M1 Max chips seen in the Macbook Pro. On the technical side, the spec bump from these chips includes a 10-core CPU and potentially 16-core or 32-core options. As the smaller and sleeker cousin of the iMac, this refresh would bring it in line with the technical specs seen in current and future generations of Apple products while still retaining its core promise of mobility and versatility.

In 2021 we saw Apple release the new iPad Mini and refreshed iPad Pro, this begs the question - what about the iPad Air? Last updated in 2020, we think the iPad Air is due for an upgrade. The expected 5th generation iPad Air is likely to be vastly similar to the current 6th generation iPad Mini, with an A15 Bionic Chip, 5G connectivity as well as a 12-megapixel Ultra Wide front camera with Centre Stage support.

One huge boon of the iPad Air has always been the lightweight form factor that it provides, while not compromising on any screen real estate. Should Apple truly imbue the 5th generation iPad Air with the aforementioned spec bumps, this device will become the perfect mesh between the iPad Mini and Pro. We can’t wait to confirm our suspicions and get our hands on the 2022 iPad Air, especially if the rumours about its more affordable price point are true.

On the topic of affordability, the other highly anticipated announcement we’re looking towards is the new iPhone SE. We expect the design of the SE to be relatively similar to the current suite of offerings, but it is inside the device that we hope to see vast improvements. The bare minimum for the new SE seems to be 5G connectivity, but we hope that Apple goes the full distance to install a new processor chip into the device. Given that the SE has always been the budget-friendly alternative to flagship iPhones, we don’t expect the latest generation A15 chipset on the SE. It just wouldn’t make sense fiscally for Apple to stock their top of the line chips in the 2022 iPhone SE, while attempting to keep prices affordable. The more reasonable ask would be a bump up to the A14 chip, from the current A13 chip found in the 2020 iPhone SEs.

Regardless, any upgrades would be a welcome change for the iPhone SE, as long as Apple continues down the path of pricing as the most budget-friendly iPhone on the market.

Finally, the MacBook 13-inch. Currently powered by the M1 chip, the 2020 MacBook 13, Apple’s potential release of the new MacBook 13 in Spring is definitely more of a refresh than an overhaul. Stylistically, rumours speculate that the 2022 MacBook 13 will sport the same design language as the current MacBook Pros. This means that the device will still keep the current Touch Bar while lacking a notch or ProMotion display technology.

We call this a refresh because although the externals seem to be similar moving forward, Apple is most likely going to replace the current M1 chip with a faster and more efficient M2 chip, currently in development. Relative to the suite of M1 Pro and M1 Max chips in the flagship MacBook Pros, the M2 chip is designed to be less powerful, striking a balance between price and utility. Fret not, as the M2 chip will have GPU improvements, featuring potential 9 and 10 core options available on launch.

Whether the releases in Spring are met with joy or disappointment, most of the products we discussed are way past due for an update. In that regard, we’re happy to see them get some attention. Apple’s main selling point has always been incremental leaps forward which all add up to change the course of tech history. We’re excited to see what Spring has in store, and we’ll have our calendars marked for March 8th when the keynote comes around.