Apple Watch - Which One is For You? 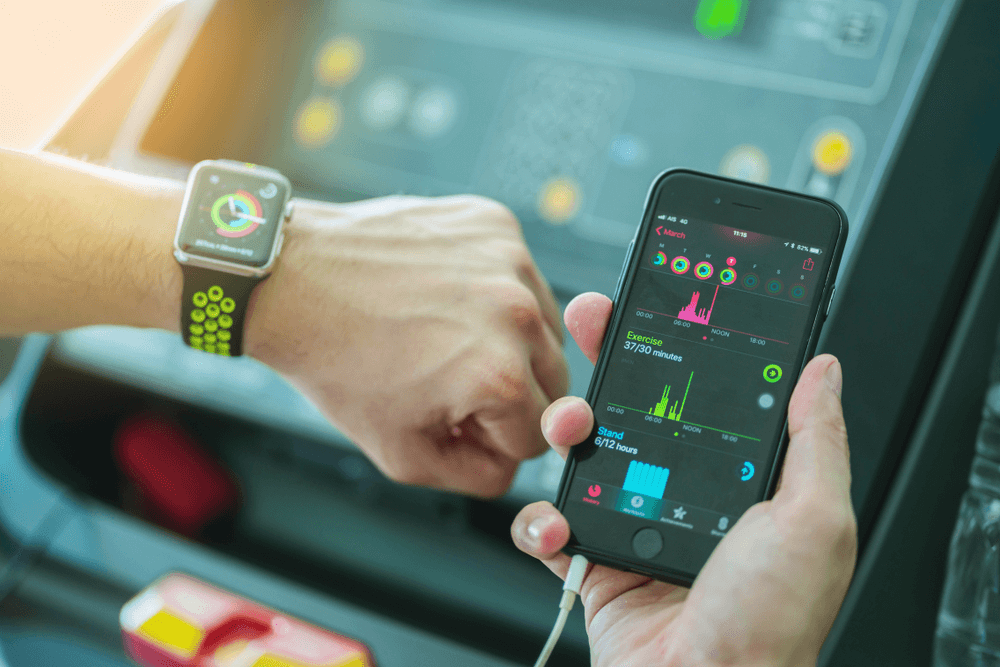 Wearable tech has become a staple of everyday life in the 21st century. When they were first introduced, critics and naysayers believed that wearable technology was going to be a passing trend at best, and unfeasible at its worst. Yet, here we stand with Apple Watches adorning the wrists of masses as their go-to everyday watch over traditional analogue watches.

It’s not hard to see the appeal of wearable tech - being able to, at a glance, swipe to reply to messages or read notifications off your wrist is a huge boon for the individual on the go. Add in quality of life features  such as health monitoring, quick access to music controls, as well as a built-in GPS for geo-location, and you have an all-in-one system that makes life that much easier.

The tricky part here, of course, is discerning what features one might actually need versus want in a smartwatch. With such a variety on the market, it can definitely be confusing to parse through all the information and find the right one for you. Don’t start worrying though, because we’re here to help you through it.

What Makes the Apple Watch Different?

What makes the Apple Watch so special and unique compared to its competitors, is truly the eco-system built around it. The Cupertino-based tech giant has spent decades and a fortune building a foundation for their devices to thrive. Inter-device functionality has always been a speciality of Apple’s, and this is no less seen in the practicality of the Apple Watch.

Every individual’s Apple Watch is distinctly unique in the sense that it’ll be tailored based on the user’s preferences. Some might use their device solely for exercise and keep meticulous logs of their jogging routine, while others might prefer to use it as a secondary screen to check for messages and notifications. In this context, the importance of picking the right Apple Watch becomes even more apparent.

The Apple Watch Series 3, coming in at either 38mm or 42mm, is the simple entry-level choice for anyone just getting into wearable technology. This particular model priced at 299 SGD is affordable while not skimping on any of the specs you would come to expect from an Apple Watch. Sporting a second-generation Retina OLED display, 8GB of storage, and 50 meters of water resistance, the Series 3 is a modest device for those that want a no-frills device.

Wi-FI and Bluetooth enabled, with GPS and an optical heart sensor, we highly suggest the Series 3 for those looking for a watch that can be worn as part of your exercise routine. Having this on your wrist with music preloaded in, you could take the Series 3 out for a jog without having to worry about a bulky phone in hand slowing down your momentum.

The newest entry into the Apple Watch lineup, the Series 7 was officially unveiled in the final quarter of 2021. The most specced out Apple Watch to date, this device stands in contrast to the Series 3 in both features and price. If the Series 3 was modest, well then the Series 7 can only be considered opulent. Available in both 41mm and 45mm, the Series 7 is priced at 599 SGD, but with good reason - an Always-On Retina LTPO OLED Display, with 32GB of storage, and 50 meters of water resistance makes this the current crown jewel of the Apple Watch collection.

In addition, the Series 7 is also available in GPS and GPS + Cellular models, with blood oxygen sensors, electrical heart sensors, and Apple’s third-generation optical heart sensor. Oh did we also mention there’s an in-built ECG app? Last but not least, the Series 7 also has a compass and always-on altimeter, on top of the GPS/GNSS that is already sickeningly impressive. The overwhelming amount of features and uses for the Series 7 makes it the ideal watch for someone who wants all their bases covered. Frankly speaking, whether you’re using it for workflow optimisation, exercise, or just monitoring your health, the Series 7 fits every need one might possess, and then some.

For us, the Apple Watch SE is the clear option for consumers looking to strike a balance and find value in their smartwatches. Understanding that you might not need all the features of the Series 7, but still want a high-spec wearable, the Apple Watch SE presents a penultimate value proposition for its price.

Many have described the 21st century as the Golden Age for technology, and nothing embodies that more in this current decade than the diverse options available on the market for smartwatches. Depending on your requirements and preferences, any one of these three watches is more than capable and up to the task.