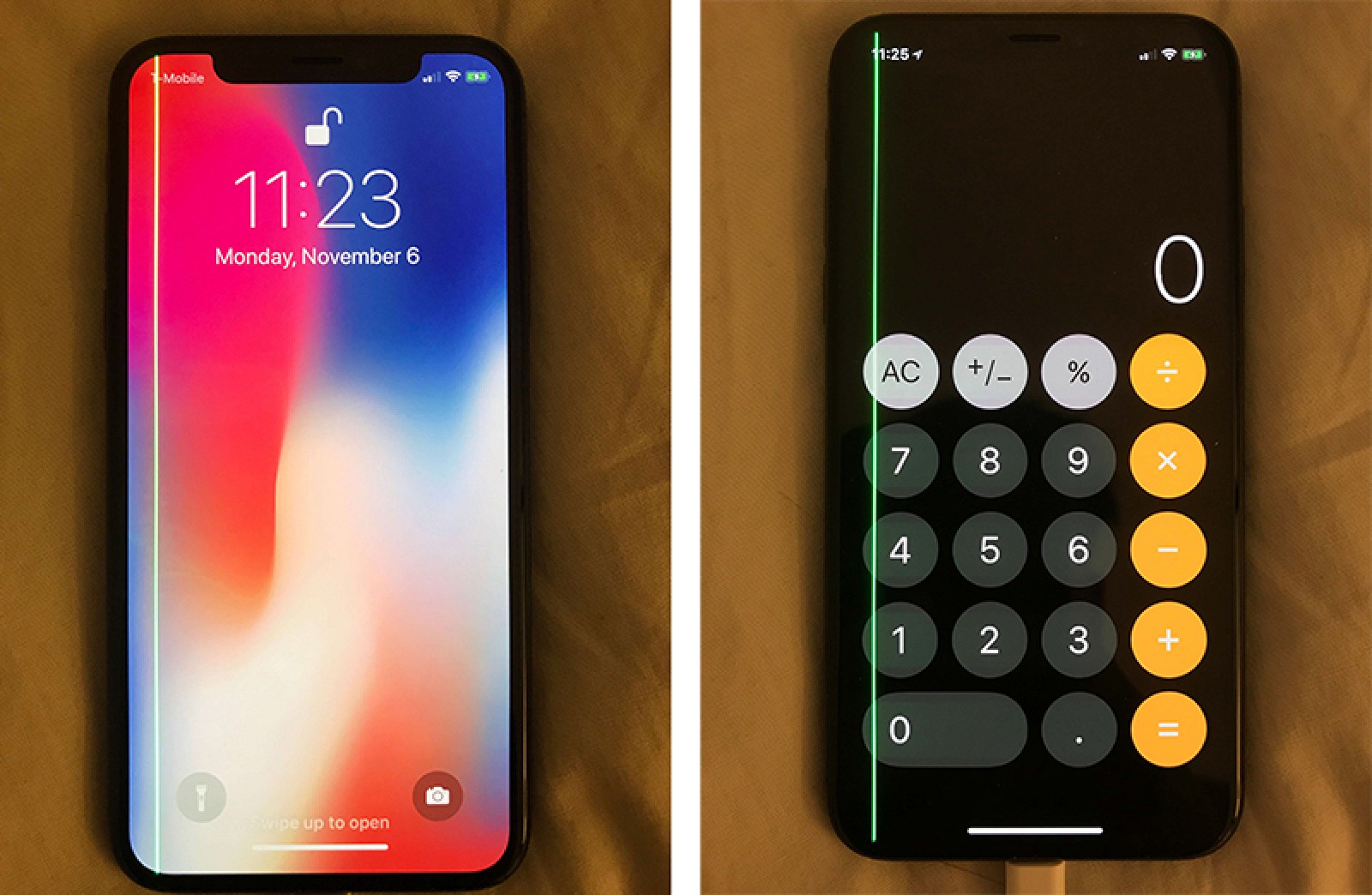 To all the iPhone X users out there, do you also face these 3 main issues stated below?  Comment below and let us know more about it !

Some iPhone X users have discovered the iPhone X can become unresponsive in the cold, refusing to recognize some touch input. Apple says there is a bug in the software causing the problem, and the issue was addressed in the iOS 11.1.2 update. Customers experiencing this problem should update to iOS 11.1.2 or later to fix it.

A small number of iPhone X users have seen a green line appearing on the display of the OLED device (as shown in photo above). The issue causes a bright green line to show up on one side of the device, seemingly at random. It's not clear what's causing the line to appear, not whether it's a hardware or a software issue, but Apple has been replacing affected units.

This appears to be an issue affecting only a limited number of iPhone X owners, and Apple has not yet commented on it.

A small number of iPhone X owners have noticed issues with the speaker crackling at loud volumes. There was a similar problem on the iPhone 8 and iPhone 8 Plus that was previously fixed by software updated, but that issue was limited to phone calls. Users who are hearing crackling or static sounds on the iPhone X appear to be hearing it from the earpiece speaker with any high volume sound.