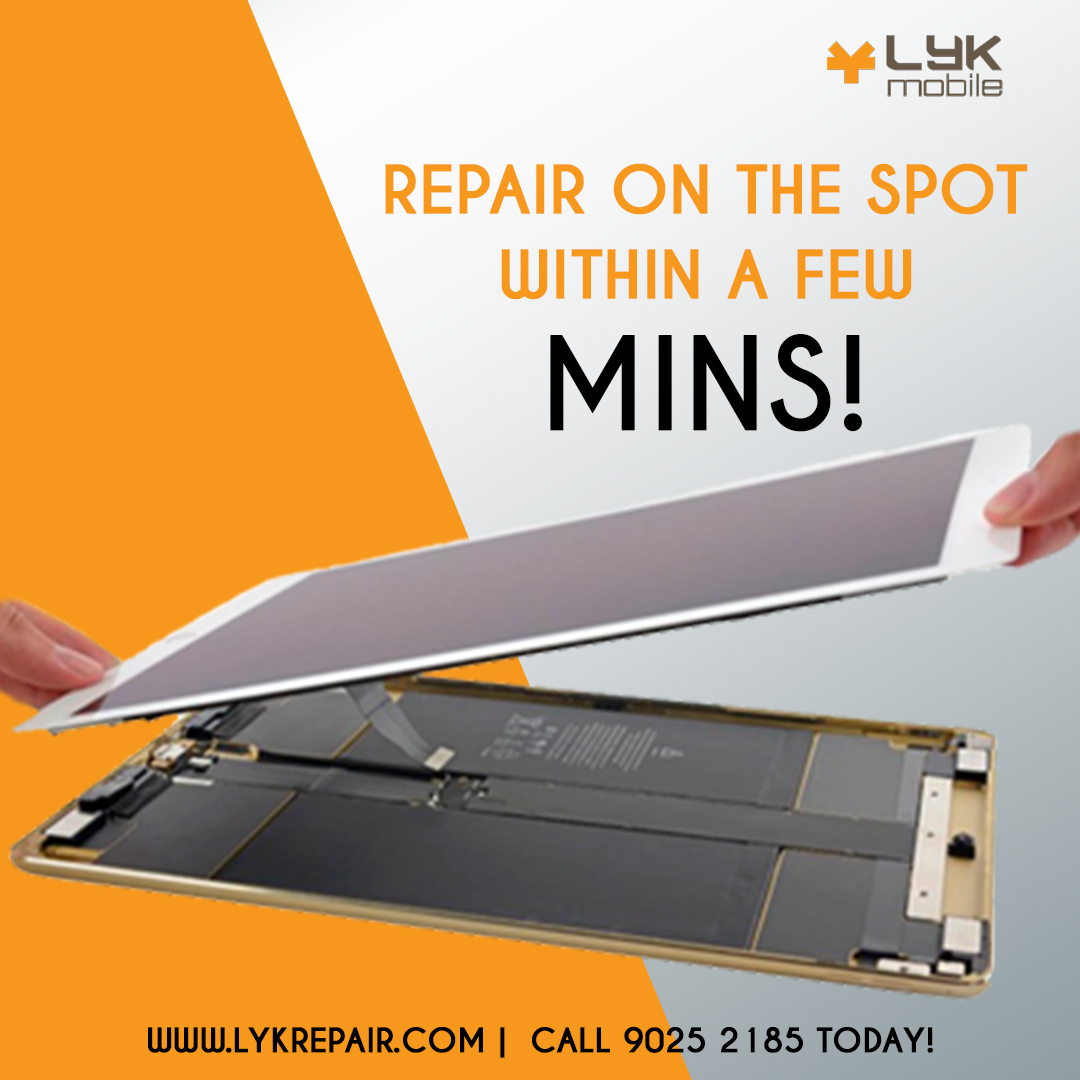 Have you ever experienced your heart shattering to pieces as you see your iPad falls onto the ground and remembering that you did not get AppleCare+ from Apple? Fear not! There are numerous screen replacement shops in Singapore (e.g. LYK Repair) where you can get your cracked screen replaced at an affordable rate, with excellent service.

LYK Repair specializes in iPhone and iPad repair services. What makes LYK stands out from others is their door to door repair service and 100 days warranty.

Should you replace the screen yourself?

Unless you are an expert in screen replacements, it is recommended that you do not try to replace the broken iPad screen by yourself. By doing the repairment yourself, you will risk your iPad from further damages. As such, you will mostly likely have to pay more from fixing additional damages on top of the cracked screen.

Furthermore, most of the repair shops will offer warranty to give their customers a piece of their mind. If you attempt to fix the iPad screen yourself, there is no guarantee that the touchscreen function will work perfectly fine after a period of time.

How to replace the iPad screen?

For those who are adventurous, it is possible to get just the iPad screen to replace it yourself. Below are the steps to replace your cracked screen.

Though the steps might not look complicated, it can get problematic when it comes to step 2 and 3. If it is not replaced properly, the screen might become insensitive to touch.

With iPads being lighter and having similar functions as laptops, it is not uncommon to see people bringing their iPads out nowadays. By bringing it out more often, the risk of dropping it increases significantly as people might knock into you or there could have been a slip of hands. Despite that said, an AppleCare+ warranty will most likely not be worth it as there is no guarantee that you will damage the iPad. Replacing the iPad screen by yourself is also generally not recommended.