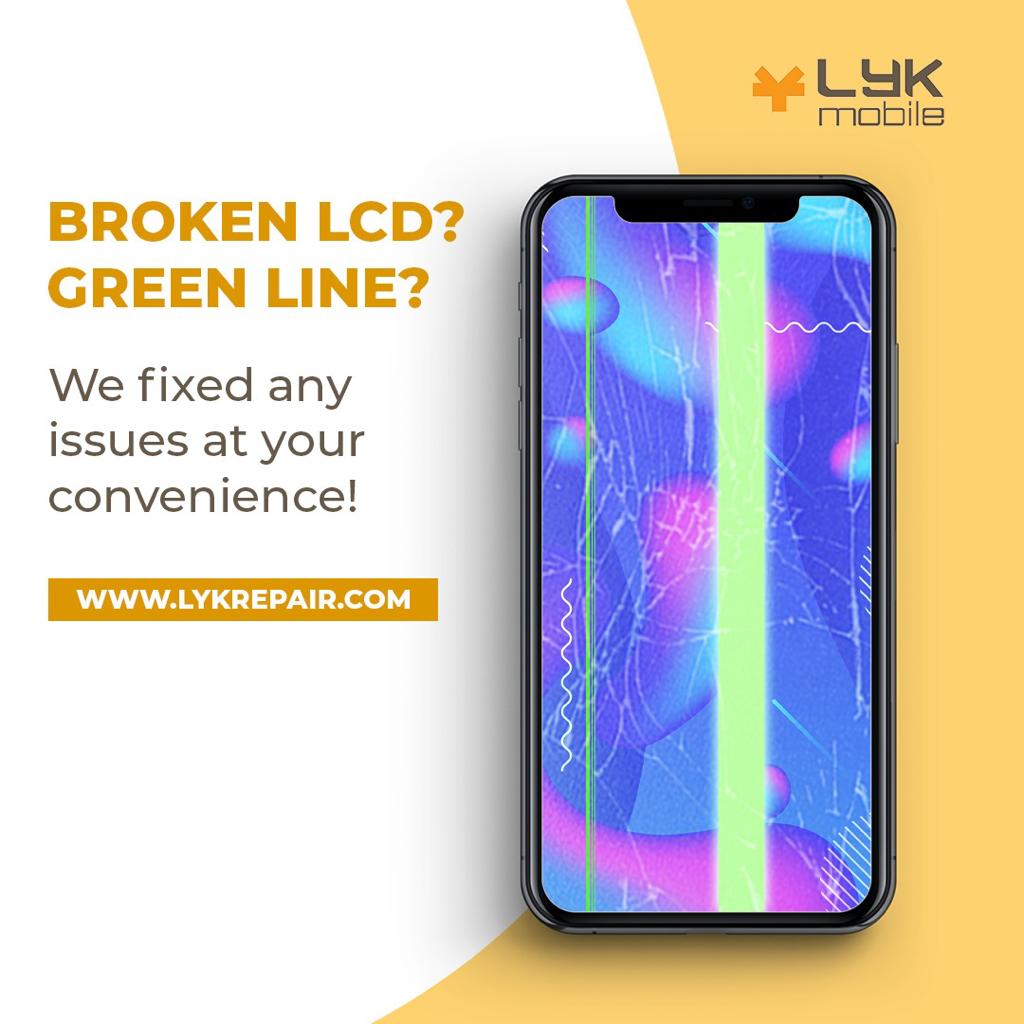 Commonly known as the “green line of death” and “green-gate”, the green line that runs from the top to the bottom of the iPhone screen is the result of a Liquid Crystal Display (LCD) damage. Back in late 2017 – 2018, users of iPhone X experienced the green line of death unexpectedly – they claimed that they did not cause any heavy physical impact on the iPhone X.  Lucky for them, the LCD-damaged phones can be replaced at Apple stores.

What is LCD damage? How is it different from normal display damage?

When you drop your phone, the impact from it will damage the screen physically and possibly the LCD screen. If the phone’s display is still working fine after the drop, it would mean that the LCD is undamaged. However, when lines or coloured spots start to appear on the screen, the chances of an LCD damage will be extremely high.

What causes the green line?

The green line issue happens on displays that are using OLED, which is the type of display that is present in iPhone X. When there is an electrical fault in the diamond sub-pixel pattern display (picture below), it causes the voltage to flow through the green sub-pixels. As a result, green line(s) will be formed.

For green lines which are thicker, it would mean that the voltage fault is flowing through multiple rows of green sub-pixels. Additionally, there will not be any blue or red lines in the LCD display as both of which follows an alternating pattern.

How to fix green line damage on iPhone?

LCD damage on phones are best to be repaired and replaced by a specialist. However, there is no harm in trying out the steps to a hard reset below to solve the display issue before contacting us.

For iPhone 8 and models after it, a hard rest can be done by pressing the volume up button, followed by volume down button, and lastly press & hold the lock button at the side for a few seconds. Release the button after the screen lights up with the Apple logo.

Where to fix LCD damaged screens?

If a hard reset does not work, a display replacement will do the trick. Whatsapp us at 9025 2185 or get a quote from our website now!