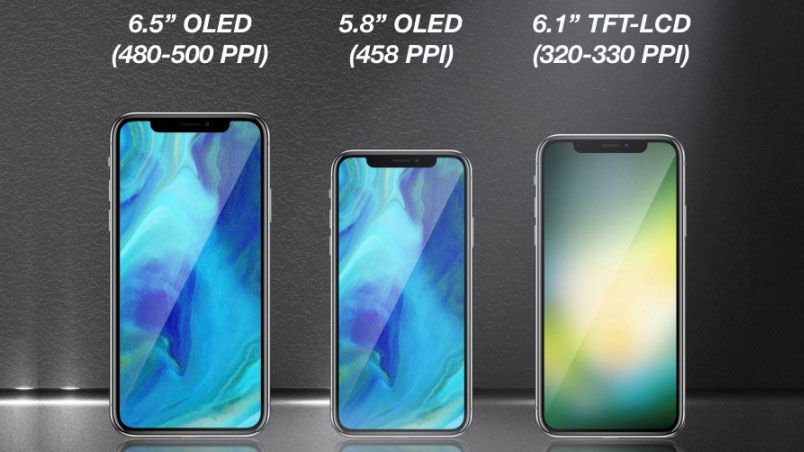 We all heard rumours about the 3 different type of iPhones that will be launched in the fantastic year of 2018. How true it is? And what are the different type of the phone being launch? Here’s something we found out and hope it is true!

“ Initial reports indicated that three new iPhones would be announced in autumn 2018; further reports in Jan 2018 suggested it could be as many as four.

First up, in Nov 2017 Ming-Chi Kuo predicted that three new models would launch in autumn 2018, and that these would have the same all-screen design with the now-familiar notch. In January he followed up with more details of each model. As illustrated below, that's:

5.8in OLED: iPhone 11 or XI, with largely same design as iPhone X
6.5in OLED: iPhone X Plus or XI Plus
6.1in LCD: a cheaper alternative - starting at around $700 - with the notch design of the X but slightly larger bezels. It will feature Face ID but not 3D Touch and won't have twin camera lenses on the rear. Kuo later predicted that this model could sell 100 million units “