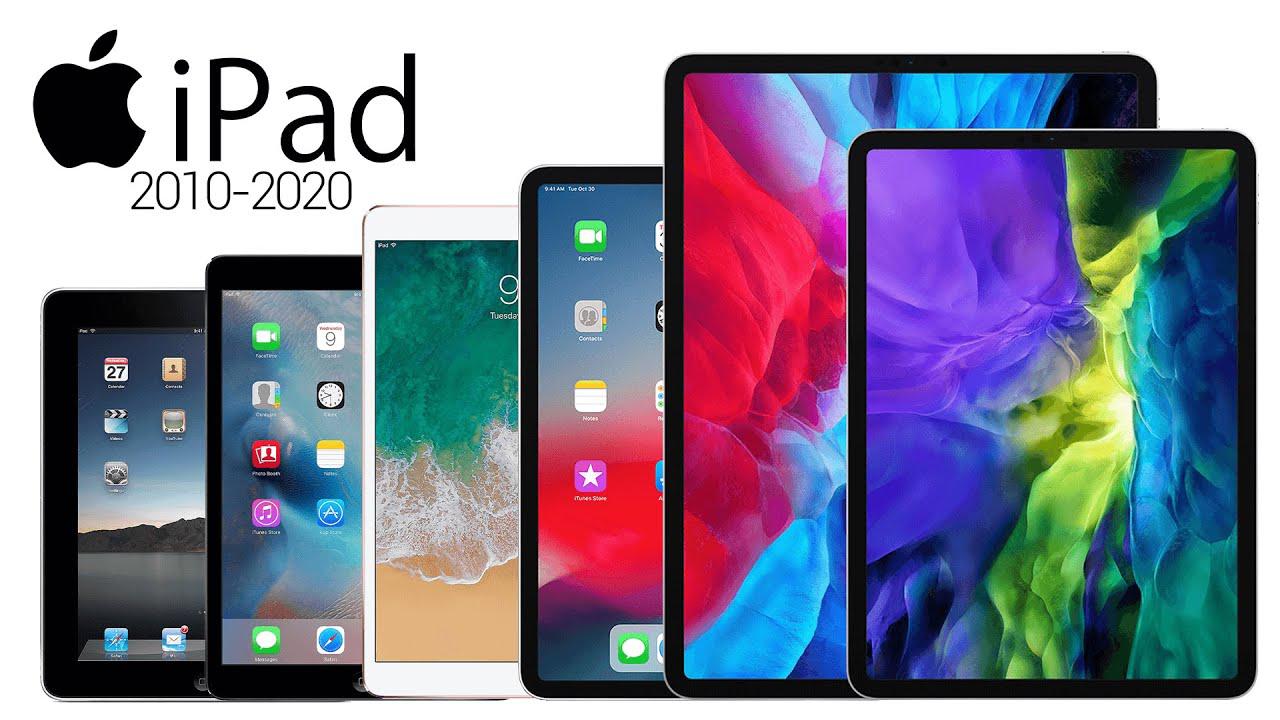 Do you remember how the first iPad looked like, or how heavy it was compared to the lightweight ones that are available now?

Apple iPads have been around for a decade and it is still as popular as it was first launched in 2010. A reason behind the tablet’s popularity is that people are already accustomed to the iPhone.

It includes the multi-touch function, App Store, iTunes Store, and more. As of December 2020, there’s 25 models of iPads; let’s take a look at how iPads have evolved over the years.

The first version of iPad came 3 years after the first version of iPhone was launched. The tablet aims to cover the functions of a MacBook and iPhone. Fast forward to 10 years later, we can see that a portion of people use iPad instead of a typical laptop to do their work.

iPad 2 (the second version of iPad) is the first ever iPad to have a front-facing camera. It is also slimmer, increased performance speed, and had better graphics compared to the first version of iPad.

Launched alongside the iPad 4, iPad mini is half the weight of a standard iPad. It has a rounded edge and runs on the A5 processor. Despite not using the Retina display that was used in iPad 4, the smaller version of an iPad is still comparable to a normal-sized iPad.

Designed to be lighter, smaller, and slimmer, iPad Air has a larger viewing area compared to an iPad. It is the first iPad model which supports iOS 7.

Now in a larger form, the iPad Pro has four speaker setups instead of the dual setup that is present in iPad Air 2. This translates to a louder volume for users to enjoy their music. A 64-bit A9X chip was used in the iPad Pro to increase its loading speed as well.

Apple Pencil was first released in 2015, along with iPad Pro.

iPad Pro 9.7 was originally thought to be joining the iPad Air model due to its small size. However, Apple decided to group it into the Pro family. This iPad comes along with the rose gold colour and it is the first iPad to have to True Tone display technology in it.

Apple has made a huge move to remove the button on their mobile devices in the late 2017. In 2018, the button was removed from the iPad too. The iPad Pro 11 (1st generation) features facial recognition (Face ID) to unlock the device, make payment, and more.

The 11-inch iPad Pro (2nd generation) is the smallest addition to the Pro family. It uses a USB-C connector, A12Z Bionic chip, and has a Retina display. Not only that, it also has a wide and ultra-wide camera at the back of the tablet. LiDAR scanner is also available in this iPad for Apple to create depth mapping points.