The Evolution of iPhones over the years 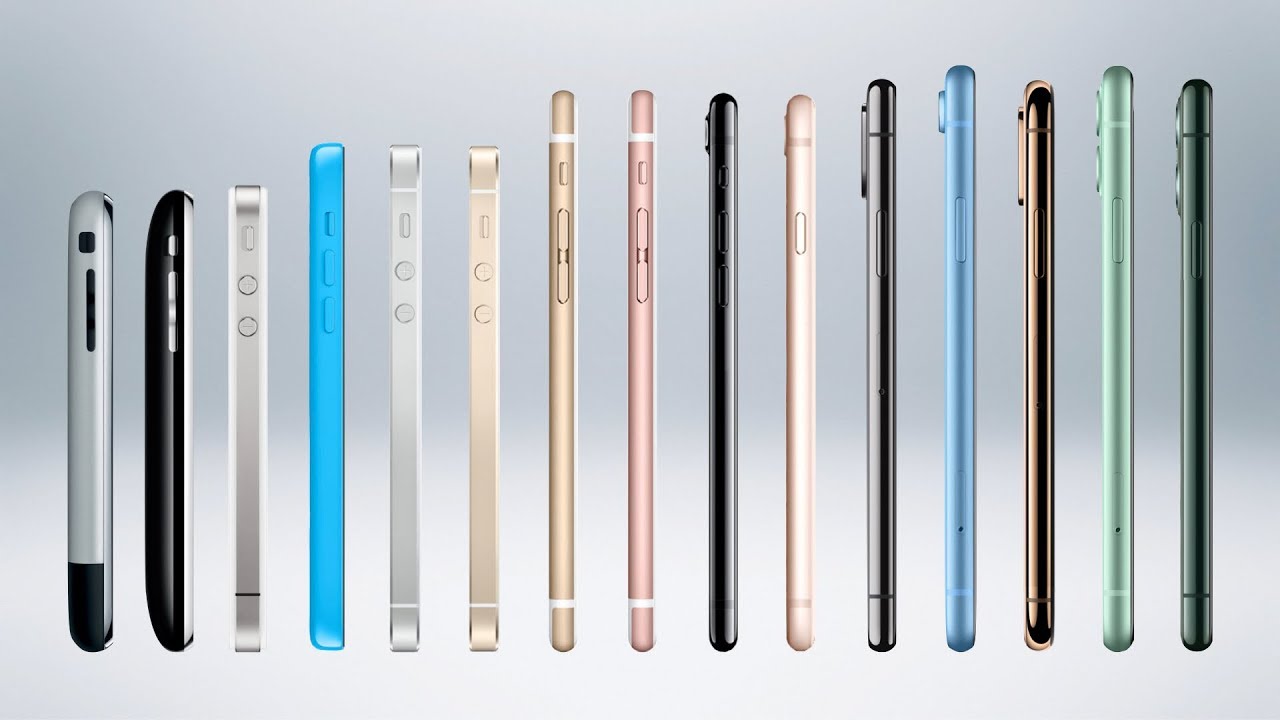 iPhones have come a long way since the start of technology and it is one of the more popular types of phones among many others. In the past 13 years, Apple has released 29 iPhone models, including iPhone SE, iPhone Plus, and iPhone X. Let us take a look at how iPhones have evolved over the years.

Introduced in January 2007 and released in June 2007, the first model of iPhone has a capacity of up to 16GB, which is considered to be low in today’s time. The camera in the phone runs on 2 megapixels and it can only capture images.

This model of iPhone got its name as it is able to connect to 3G networks. Though it looks similar to the first version of iPhone, iPhone 3G was the first device to have the App Store in it!

The introduction of iPhone 4s came shortly after Steve Jobs stepped down from his position as CEO. Apple released several new functions, such as a larger capacity (64GB), 1080p video recording, and Siri.

In the first week of iPhone 5’s release, 5 million units were sold. This iPhone model was the first to get a size-upgrade, from 5 rows of apps to 6. Additionally, iPhone 5 has LTE connectivity and this was when the dock USB chargers were changed to lightning cables.

Introduced in September 2013, the new Apple CEO, Tim Cook, announced the launch of two iPhones simultaneously. Instead of the usual black or white phones, there is a range of colours available for iPhone 5c (white, blue, pink, green, yellow).

Though iPhone 5s does not have a variety of colours, it has new features such as Touch ID, AirDrop, slow-motion videos, and more.

With its curved edge made from glass, iPhone 6 and iPhone 6 Plus is larger as compared to iPhone 5. In these two models, the phone capacity is now doubled to 128GB. Retina HD was introduced in these two iPhones too.

A major difference between iPhone 6 and iPhone 6s is the camera. The newer version has 12 megapixels while the older one only has 8 megapixels. Touch ID was upgraded to 3D Touch in iPhone 6s.

iPhone 7 marks a new design to iPhone – buttonless. The home button was changed to a haptic-based virtual button and the audio jack was removed. A second camera was also added in iPhone 7 models.

iPhone 8 and 8 Plus came with glass back, and this was when wireless charging started to gain its fame. True-tone, a function where blue-light will be reduced, was also introduced. This is the last model to have the home button on it.

If you enjoy taking selfies, you should purchase an iPhone X. This iPhone model has an extra front-facing camera which allows the user to take images in Portrait mode. Facial recognition started to become a part of iPhones too.

iPhone XS and XS Max have an improved dual-camera, higher processing power and lowered amount of battery drain. In this model, the smallest chip was used – A12 bionic chip.

Similar to iPhone 5c, iPhone XR has a range of colours available too. This model of iPhone is smaller than iPhone XS and XS Max. What makes this different is its LCD screen (instead of OLED) and Liquid Retina Display.

The Pro and Pro Max versions have three cameras instead of two. The 12 megapixels camera has wide, ultra-wide, and telephoto lenses.

With the 1st generation introduced 4 years ago, the 2nd generation is a favourite among those who prefer smaller phones. Though it might be smaller, it still has its A13 Bionic chip and other features which are in the newer models.

iPhone 12 marks the start of 5G networking. iPhone 12 is estimated to have a video playback of 17 hours while iPhone 12 mini has around 15 hours. For those photography lovers who do not want to get a DSLR, Pro and Pro Max are your go-to options with its camera upgrades – improved Night mode, RAW photos, 60 frames per second of Dolby Vision, and LiDAR scanning.