What's New on The iPad Mini 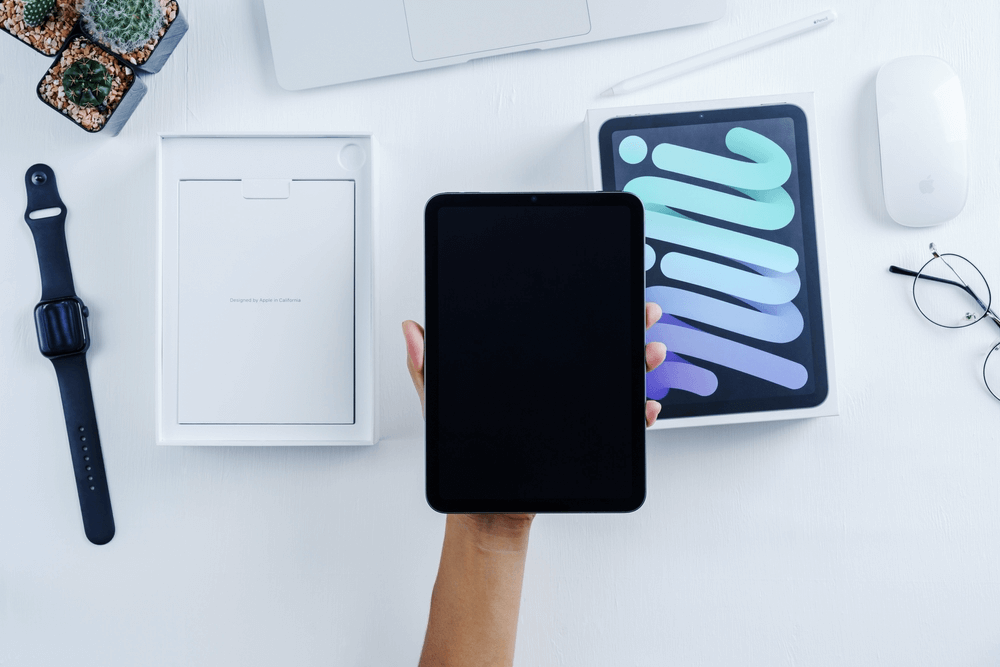 At Apple’s September keynote earlier this year, they announced the launch of the new iPad Mini 6. Coming in four new colours, the new iPad Mini  6 sees a ton of improvements in both form and function. Compared to the previous generations of the iPad Mini, the largest changes are the design refresh. An all-aluminium body with squared-off edges, coupled with changes to the placement on the volume buttons and the addition of a USB-C charging port - side by side against the 5th gen iPad Mini, this update definitely stands out.

A large part of what makes the iPad Mini so popular is its tiny frame combined with insane processing power. Apple knew their target demographic well when tweaking the specs for this recent release, and it really shows. Catered towards people working on the go, and creatives who spend a lot of time drawing and sketching for work, this 6th generation iPad Mini checks all the boxes for a powerful and portable tablet suited for work and play.

Apart from the changes to case material, the new design language of the iPad Mini 6 features a larger edge-to-edge screen, along with narrow borders and minimum bezel space. Although we’ve seen bezel-less devices from Apple for the better half of a decade, this is the first time the iPad Mini has gotten such an upgrade. In addition to looking much sleeker, this change is felt even more coupled with the new 8.3-inch Liquid Retina display with True Tone, P3 wide colour, and ultra-low reflectivity.

The end result is a gorgeous dynamic screen that makes the iPad Mini 6 a practical choice indoors and outdoors. Not to mention the support of Apple Pencil 2, which feels amazing on the low latency screen. All these facets add up to make a difference larger than the sum of each individual part, resulting in the new iPad Mini feeling like the perfect device for anyone wanting a portable and adaptable workhorse tablet.

Externals aside, Apple was never a company that would upgrade a product’s design and leave it at that. Stocked with the A15 Bionic Chip, this version of the iPad Mini delivers up to 40 per cent faster CPU performance compared to the 5th-Gen Mini. An upgrade by that much of a margin brings the Mini to life as a reliable office device geared towards multi-tasking while on the move. Leveraging on this same A15 chip, users of the new iPad Mini 6 also get up to 80 per cent faster graphics which Apple states are more than the above benchmark for graphic-intensive games.

Whether it's for work, leisure, or both, it’s safe to say that Apple really had all its bases covered with the 2021 refresh of the iPad Mini

It wouldn’t be an Apple upgrade if they didn’t improve the camera capabilities on the device. If anything, that’s the least we expect from the tech giant’s annual keynote events. This time, the iPad Mini has received blessings in both the front and back cameras on the device. Boasting a 12MP camera on both the front and back of the 6th-Gen iPad Mini, this is a massive boon compared to the relatively sub-par 7 and 8-megapixel cameras on the respective front and back of the 5th-Gen iPad Mini. The newer Mini also has the ability to record in 4k and capture higher-quality images, courtesy of the new Smart HDR 3 function in the A15 Bionic chip.

Knowing that video calls are also more popular now than even in the time of COVID-19, Apple’s implementation of CentreStage for a more natural video call experience also feels like a natural feature to have as well.

A ton of well-deserved updates to the iPad Mini makes it feel right at home alongside Apple’s latest generation of tablets. If you’re still wondering if you should still get the new iPad, the make or break factor here really is the size and portability of the iPad Mini 6.

Historically, the Mini was always viewed as the cheaper and lower-spec cousin of the flagship iPad. Not this time - the iPad Mini 6 proves a worthy contender for the individual who's constantly on the move, looking for an all in one device that fits comfortably in the palm of their hand.