Why the iPhone Still Reigns Over Android Phones 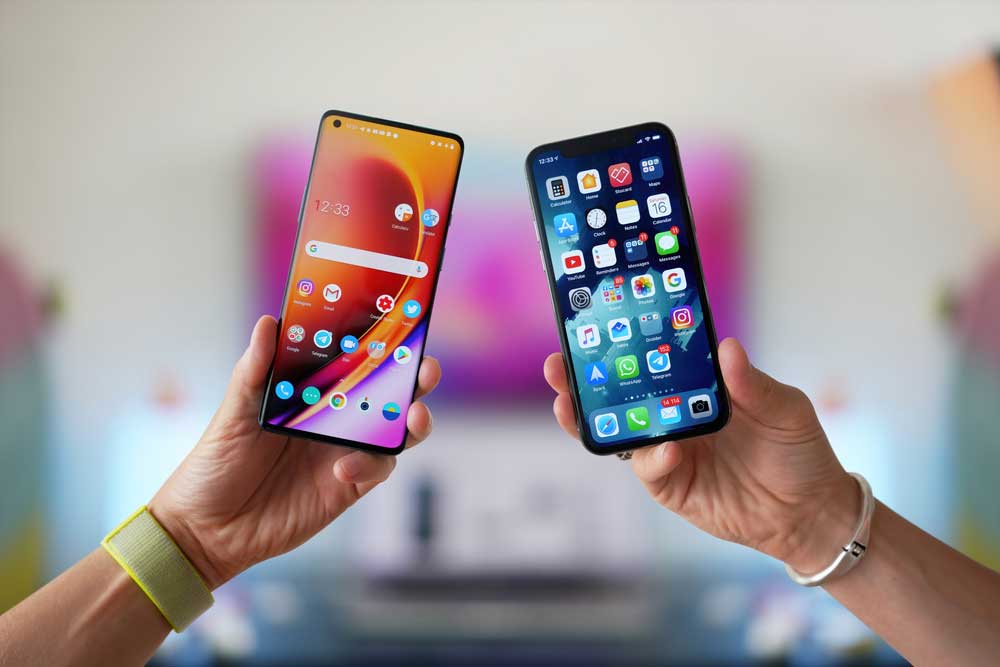 Look at the comments on the latest release of any iPhone or Android device and chances are you’ll see a couple of naysayers downright trashing the brand. What once started as a joke of a so-called feud between Android phones and iPhones has become one of the most iconic divides in technology.

Yet, in the era of smartphones - iPhones and Android phones both bring unique features and distinct characteristics. Each is favoured differently around the world, with iOS more popular in Japan and US, while Android dominates in China and India. In Singapore however, iPhones take up a large portion of the market share. Let’s examine why iPhones are more popular than Android phones in Singapore

As far as ‘kiasu’ culture goes, speed and efficiency are facets that are heavily valued in our day to day lives. When compared head to head, the 2020 iPhone 12 trumps even the fastest Android phone in a real-life speed test. Purely off the merits of the A14 Bionic chip, Apple’s flagship phones from 2020 loaded the majority of its applications quicker than its competition, and was significantly better at multitasking due to the increased RAM onboard. Considering that our smartphones have become core to our workflow, it makes complete sense that the ability to switch between applications smoothly and without delay is integral. Those precious seconds add up, with unforced pauses serving only to break our momentum.

For creatives, the newer iPhone 13s from this year also include ProRes, which optimises video recording and transcoding. ProRes video files possess a lower amount of compression, which protects the image quality of the video while allowing for faster encoding and decoding. This makes it the natural choice, over Android phones, for video and photography buffs who want better resolution and loading times while editing raw footage.

Even with all the promises by Android phone makers to streamline skins and add-ons to base devices, there exist many variations of Android operating systems that differ slightly from one another. Switching from brand to brand between Android phones is usually accompanied with some degree of adjustment period as users adapt to minute changes.

Contrasted against any interaction of the iPhone, Apple’s smartphones remain the easiest to use by far. iOS changes are few and far between, and every single iPhone regardless of generation runs the exact same iOS. There is virtually no learning curve for users upgrading from iPhone to another, compared to the Android competition, especially given the myriad of potentially unnecessary functions built into the latter.

3. iPhones Get the Best Apps First

Another key reason for the iPhone’s popularity has to do with app accessibility. Most applications will usually be developed for the Apple App Store first, as the iOS is uniform across all devices. The Google Play Store however, will normally encounter some delay as developers seek to optimise their applications for the different varieties of Android operating systems.

These delays can take anywhere from weeks to months as companies attempt to sort out the nitty-gritty details such as the difference in screen size, resolution, and even hardware amongst Android phones. This presents issues in a dynamic and fast-paced society like Singapore, where time is of the essence and anything short of first can be compared to last.

Finally, due to the unified production and manufacturing ecosystem for iPhones, no other mobile brand comes close to the services of the Apple Store Genius Bar. A free service provided by the Cuppertino tech-giant, it is a face-to-face tech support centre within physical Apple stores for customers with Apple devices. Making an appointment is as easy as using the live chat function or setting an appointment on Apple’s homepage online, with services and parts covered if buyers have extended warranties via Apple Care or Apple Care+.

Conversely, Android users face the trouble of having to go through their individual phone carriers, some of whom might not be as well-trained as Apple’s. The level of customer service might also not be as personalised or detailed, due to phone carriers usually having a variety of brands they have to provide technical assistance for.

The results are in and it is clear that the iPhone wins by a landslide, what else do you have to consider?